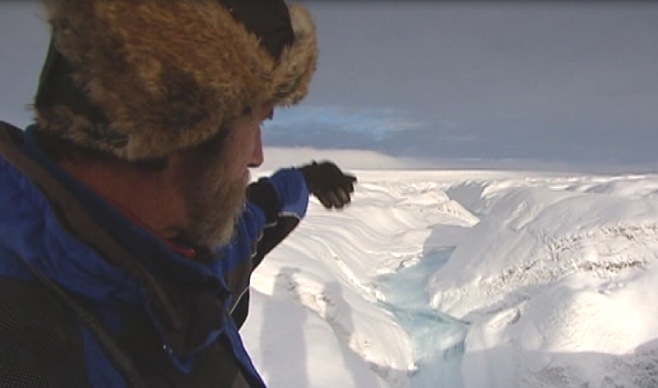 ...decides to travel across 4 continents to interview 15 role models, without budget or network? I ask myself this question regularly, especially when I am panic-stricken right before an important interview, or when my debit card causes mortifying beeps at the supermarket register. What am I doing, for crying out loud?! Why don’t I just get myself a normal job?

In the past few months I have asked an impressive 197 (!) questions, and all of them received interesting, inspiring and food-for-thought answers. So it’s about time I answer an important question myself: why am I doing this? Why have I turned my whole life upside down to chase this dream, and have I abandoned all security? For the answer I would like to take you back in time, to the place it all began: a no-man’s-land covered in snow and ice, and a circus arena full of men in suits.

Greenland, summer of 2008
A bright red helicopter lands on a small airport at Ilulissat, a small town that inhabits more sled dogs that people. I am 22 years old, being the student everybody envies. That’s because I have the student job of a lifetime: I am the assistant to an adventurous professor. Him and me get in the chopper, rotor spinning, and we take off. After a wide turn we swerve over wide glaciers towards a no-man’s-land covered in ice, ice and more ice. After about 10 minutes we see a small group in the distance, waving in a flat white landscape under an ominous gray sky: research station Swiss Camp. Here polar explorer and professor Konrad Steffen researches climate change and melting of the poles. 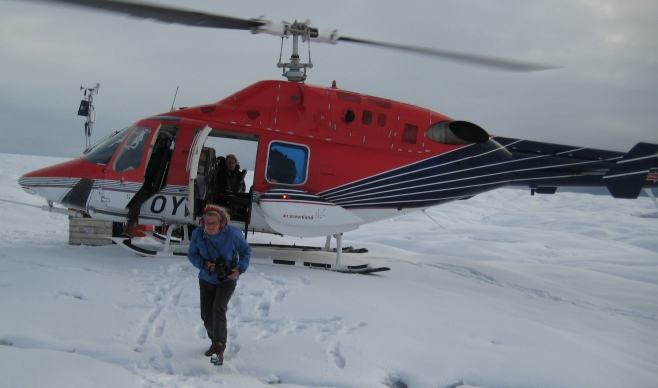 As we disembark professor Steffen warns us that we really have to watch our step. The cracks in the ice under the snow can be tens of meters deep. Walking around here is like playing Russian roulette. Just like we are playing Russian roulette with the global climate, according to professor Steffen. Due to global warming the ice melts much faster than was expected, which will cause a faster rise of the sea level, up to 1.5 meter in 2100.

With a network of GPS systems and weather stations professor Steffen continuously tracks all changes in the Greenlandic ice. It is his life’s work. ‘At the moment we have NASA aircrafts collecting data for us, and we have a lot of high tech material on the ground that constantly monitors everything.’ Swiftly Steffen and his team found that the data showed a clear trend of warming. The rise in temperature was 4.5 degrees Celsius, the largest rise on earth ever measured in such short period.

‘Since 2000 we have measured a new record every year. A record in melting, a record in ice sheet movements...,’ he explains. In school he learned that glaciers react swiftly to climate changes. An ice cap, on the other hand, reacts so slowly that it is hardly measurable. But Steffen’s statistics showed that the ice recently started reacting almost instantly to climate changes. The melting of the Greenlandic ice cap has grown by almost 30 percent during the past 30 years, and the largest part happened in few years. ‘As a scientist I am obviously very careful, so I calculated the data over and over again. But the evidence is indisputable. The Greenlandic ice cap melts as a reaction to global warming with ca. 100 to 200 cubic km ice per year. Which is twice the amount of ice in the European Alps. I wanted to call my wife, but at the time we didn’t have satellite telephones yet.’ He smiles at us.

Steffen’s research made clear that the dynamic movement of the ice cap the Greenlandic ice melts much faster than expected. The large cracks in the ice transport meltwater to the bottom of the ice sheet, making it float on the drained melwater, as it were. It is the same principle as a swimming pool slide: the glaciers on the ice cap accelerate and slide towards the coast, where the ice breaks and further melts in the sea. For the coming century we should rather count on a 1 to 1.5 m rise in sea level. ‘I am worried,’ he sighs. ‘Not only that my students fall in the cracks that are widening rapidly, but more importantly I am worried about the long run. I have children, and they might have children, too. A 1.5 m rise in sea level in the coming century is huge. Think about countries like Bangladesh, parts of Europe… Mankind is not very good at coping with rapid change. A 0.5 m rise in sea level, in less than a lifespan, that’s extreme. Hundreds of millions of people will have to evacuate from coastal areas.’

Climate circus
An event three months later turned this meeting into a defining moment: the UN climate convention, a circus with tens of thousands of negotiators, lobbyists and activists, where the first are trying a global treaty for the future of our planet and the second two try to influence the content of this treaty. Here I heard a speech by the president of the Maldives, a low-lying archipelago in the Indian Ocean. While he clicked to the next sheet of his jumbled powerpoint presentation, something clicked in my head. Maldives, Greenland. Greenland, Maldives. In the near future his archipelago, this man’s land, his nation, would simply… disappear. Under water. Gone. 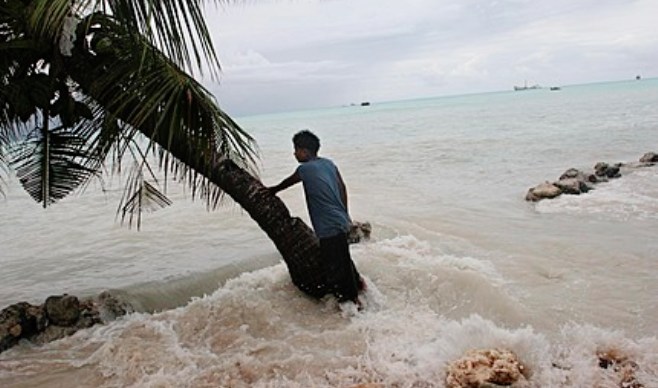 How was this possible?
How could we, mankind, let an entire country disappear because of our own behavior? And how was it possible no one took action? That the political games on this convention just went on, negotiations were slowed down, attempts were undermined? My first reaction was one of deep shock and huge sadness. I cried for three hours straight. That may sound strange, and I myself found it strange, but I did. I didn’t cry over lost family members, over polar bear cubs, no, I cried over a country I had never even been to. After three hours I ran out of tears and I had three options: 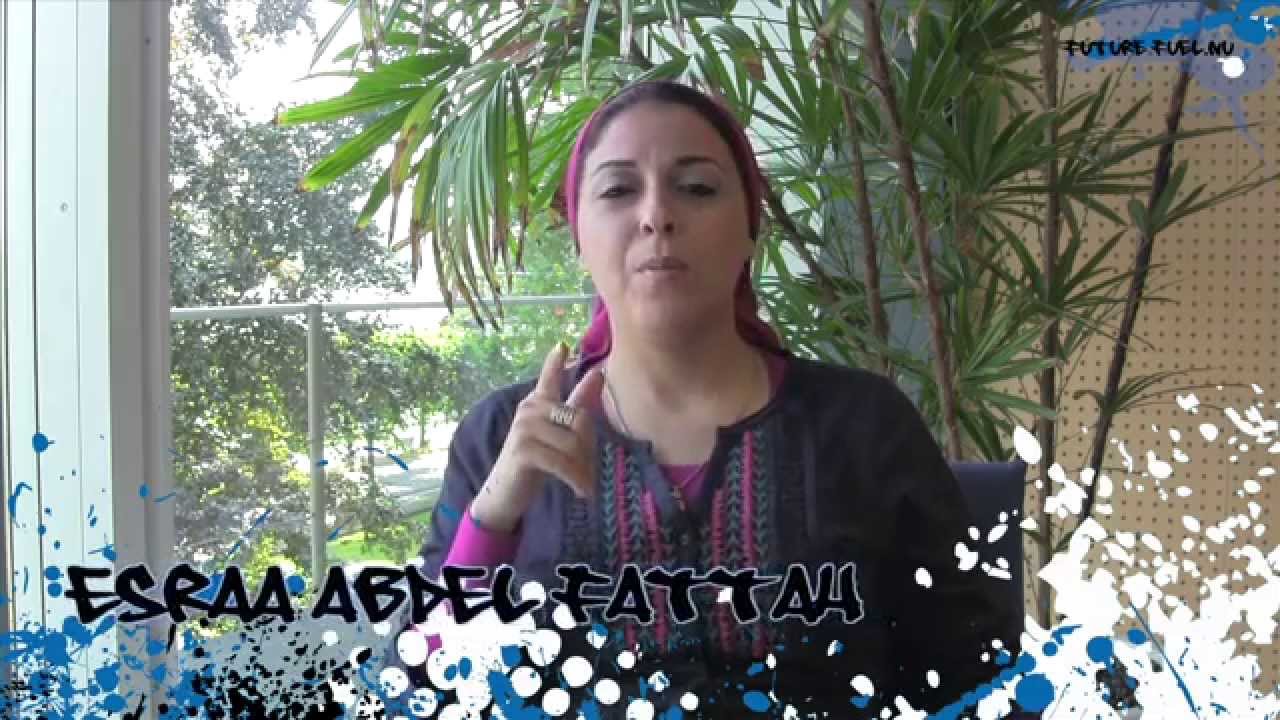